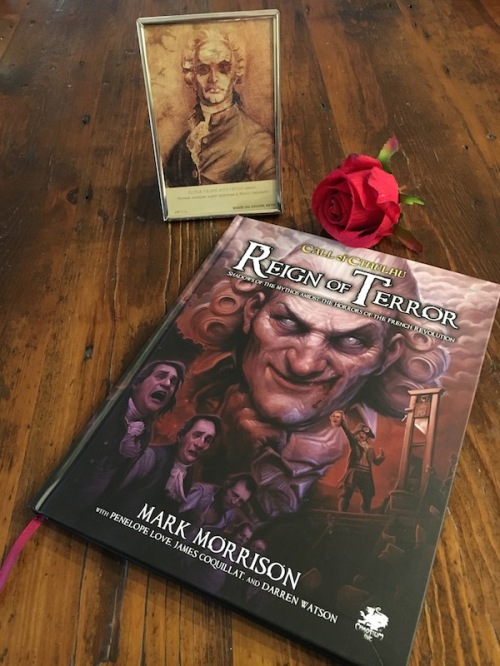 Just when you think Horror on the Orient Express is done, along comes one last carriage, and a bloody one at that.

Reign of Terror is the 20th and final chapter in the campaign, out now in hardcover from Chaosium.com and from retailers in March.

The scenario started life as the secret backer scenario at Gen Con 2013. Jason, Thomas, Tom and Travis were the four backers at the One Night at Gen Con pledge level, which got them a ticket for a never-to-be-revealed secret scenario. Penny vague blogged about it at the time, without revealing what horrors took wing in that landlocked Pullman car at the Crowne Plaza hotel in Indianapolis on a hot summer night. We all had a fantastic game and parted as great friends, with me promising to send them the written version before too long…

And then life intervened, as it does.

Or, um, let’s be honest, my poor deadline management. As it does.

In 2016 when Chaosium realised that the backers were still waiting patiently for their written up version of the scenario, they asked the four players for permission to hire me to formally write it up as a proper full length piece and share with the world. The backers agreed (they got some extra bonuses), and so the Reign of Terror book was born.

Here’s the short synopsis: the scenario is a playable version of the handouts in the Paris chapter of Horror on the Orient Express which describe events in France in 1789 which, as you know, was quite the calendar year. One month after the activity described in the handouts, the Bastille was stormed, and France (and western democracy) was forever changed. 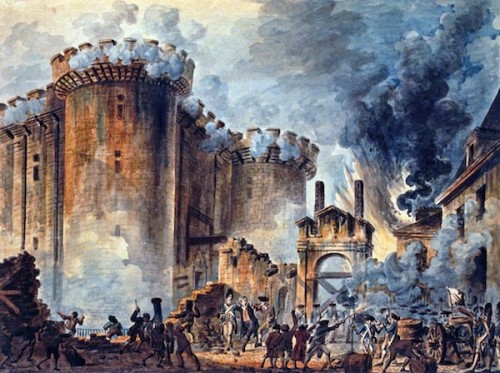 Storming of the Bastille. (Source: Wikipedia)

In future posts I’ll write more about what inspired the scenario and how the full sourcebook took shape, with superb help from my co-conspirators: Penny (of course), plus with James Coquillat (his scenario Terror Itself co-written with David Naylor was a launch title on Miskatonic Repository) and Darren Watson (who contributed the excellent air travel article in Horror on the Orient Express, as well as much of the new 1923 historical headlines and snippets). Until then…