An Australian in Trieste

Our friend and collaborator, Russell Waters, who wrote ‘Cold Wind Blowing’, the Horror on the Orient Express chapter set in Trieste, visited the city recently and has sent back an account of his travels. Until Mark & I finally reach the city this wonderful description will have to suffice. Be warned, if you are planning to play in the campaign there are spoilers in this post!

Now, over to Russell to tell of his journey…

Outside the Postojna Caves. (Note the T-shirt!)

Upon arriving in Trieste we checked into our hotel, which overlooked the waterfront. As we were there in September, we didn’t have to contend with the bora, although as we arrived and wove our way down from the surrounding hills and through the narrow streets leading leading to our hotel on the waterfront, I’d been delighted to note that some of the streets, (mainly those that were steeply sloping) did have chains strung between poles. Whether this was to assist pedestrians struggling against the blast of the bora, as I’d read in the 1920s era Baedekers that formed my original research for ‘Cold Wind Blowing’, or whether it was to prevent pedestrians stepping off the narrow pavement onto the roadway was less clear.

Trieste (which I discovered is pronounced in three syllables: tree-est-uh) is still a pretty town, at least in the area near the harbor, where there are still many old buildings. There is a single canal, of sorts, which runs inland from the harbor and ends at the church of Sant Antonio Turmaturgo and gives a Venice feel to the immediate area. 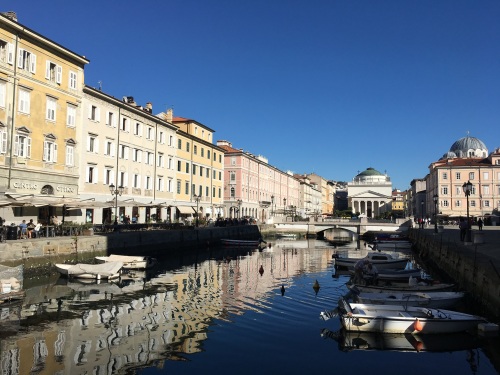 Whilst I was keen to visit some of the 1920s tourist sites in Trieste I’d read about in Baedekers, we’d been recommended to visit Castello Di Miramare, which lies a short distance from town. Built for the Austrian Arch-duke Ferdinand Maximilian (Emperor Maximilian I of Mexico), the castle was completed after his capture and execution in Mexico, so he never actually lived in it. I found his bedroom most interesting; Maximilian had been a successful navy officer, and his bedroom had a lowered artificial ceiling and wood paneled walls to make it more like a ship’s cabin. The ceiling of the dining room has a compass rose and an indicator linked to a wind vane on the roof so that the diners can know the wind direction at any time!

Back in town we visited the Cathedral and the Castello, both sitting on top of a hill and named after San Guisto. Johann Winckelmann was buried at the Cathedral, although the actual site of his grave is unknown. The Castello has an interesting museum that features a range of medieval weaponry and is adjacent Roman ruins which, according to some old photos we saw, have been a popular place to promenade and even picnic since the early 1900s.

One of the things I really wanted to see was the Johann Winckelmann monument, which features in ‘Cold Wind Blowing’ and provides the Investigators with their first inkling that “looking up Johann Winckelmann in Trieste” may be more difficult than they thought. Ironically, we fell foul of one of the obstacles I’d set up for Investigators; the Museum in which the monument is situated closes between 13.00h to 16.00h! Fortunately, our weather was fine, so we were able to spend some time at the Cathedral and then exploring nearby streets until it reopened.

The monument has its own building at the end of L’Orto Lapidario, the lapidary garden accessed from the museum. As well as the monument, the building houses an exhibit about Winckelmann and some statuary, including a torso missing head, arms and legs, which aroused my immediate suspicion. Some early designs for the monument apparently included a scene of Winckelmann’s murderer being broken on the Wheel (as actually happened) so perhaps it is a good thing that they eventually went for something a little less confronting! 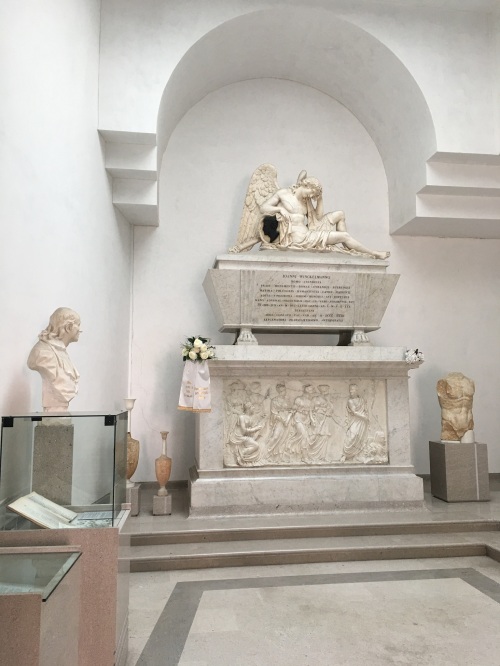 Note suspicious torso on the right

Whilst in Trieste, we also saw (but didn’t travel through) the tunnel formerly used by the local tram service (now automobiles only); a tramcar (the trams were not running at the time due to an accident back in 2016 which had still not been repaired) and pleasingly, a Roman amphitheatre. I say pleasingly because the Investigators visit a cellar in which one wall appears to be part of a buried amphitheatre, and the amphitheatre we saw was not excavated until the 1930s!

Clues found in Trieste lead the Investigators to the caves at Postumia, now Postojna in Slovenia. Because Marissa and I were not following the Orient Express route, but coming into Italy from Austria via Slovenia, we had actually visited Postojna before Trieste, but I’m mentioning it now to better fit the Horror on the Orient Express chronology. 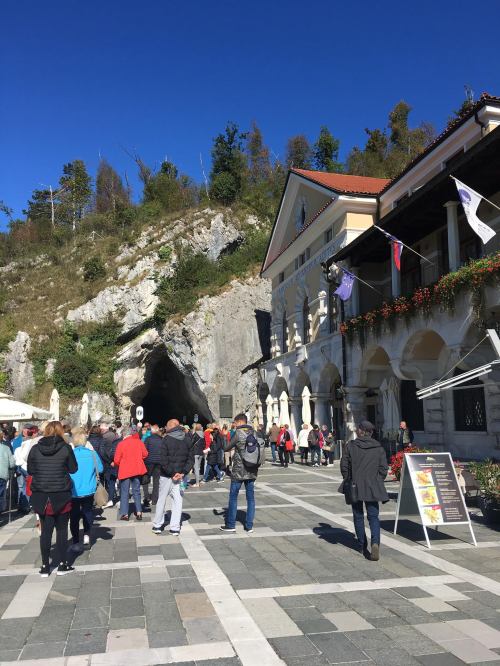 Even back in the 1920s the caves were a big tourist attraction in the area, and our visit reflected this, with large tourist groups being sorted by language so that multilingual guides can then lead their groups on the tours. The caves extend for about 24 km (about 14.5 miles), but the tour only takes in part of this. As was the case for tourists in the 1920s, we initially took seats on a train which traveled 2.5 km (1.5 miles) into the caves before disembarking and walking another few kilometres. There were plenty of signs of underground waterways, but generally the caves were mercifully dry and we didn’t have to go wading at all, or find any dark lake with mysterious stalagmites dotting its shore. To my great delight, we did see some olm, which were kept in a dimly lit aquarium/terrarium (having no natural pigmentation, bright lights distress them). The specimens we saw were about 20-25 cms (6-8 inches) long; not too threatening at that size. The olm are a real feature of the caverns, and are used as a mascot/logo by the cave operators. 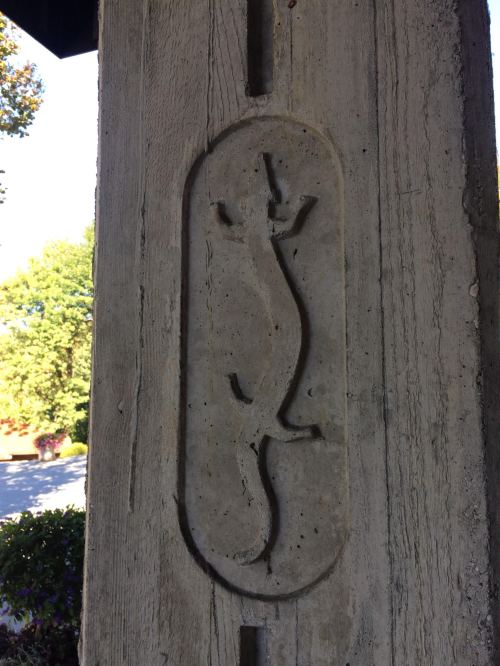 In with the new year and out with the old

2018 was certainly a stellar year for us.

First things first. Reign of Terror was published. We originally developed this scenario as a secret history, a prelude to the Horror on the Orient Express campaign, back in 2013.  Over the years the book grew and took shape as intrepid writers Darren Watson  and James Coquillat contributed additional background history, scenarios and scenario seeds to fully flesh out the experience of horror role-playing during the French Revolution. We were incredibly honoured to receive the 2018 Gold Ennie for Best Supplement for the book. 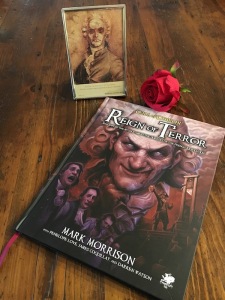 Then the PDF of the new edition of Terror Australis was launched (with the book itself due in 2019). This is a whole new edition of the first Call of Cthulhu project we ever worked on in 1987. It has new scenarios, new background, and all new scares! Dean Engelhardt of Cthulhu Reborn did a wonderful job assembling this new version, and it has great new writing from our longtime Aussie mates Marion Anderson, Phil Anderson, Geoff Gillan, John Hughes, Richard Watts and others. 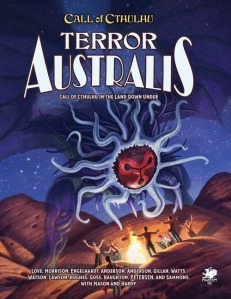 Just in time for Halloween, the official Call of Cthulhu computer game arrived from Focus Home Entertainment. Mark had wicked fun coming up with ideas for the story line with the clever folks at Cyanide Studio in Paris. 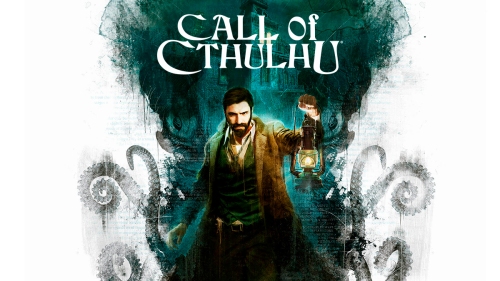 Finally, Mark’s scenario ‘Dead-Man Stomp’ was included in the new Call of Cthulhu starter set. He has always loved this jazz-fused scenario co-written with Lynn Willis, and this new 7th edition version is with a new co-writer, his friend Chris Spivey, who wrote the incredible supplement Harlem Unbound. In fact, “Dead Man Stomp” was Chris’ gateway to the world of Cthulhu, so this collaboration is especially meaningful. 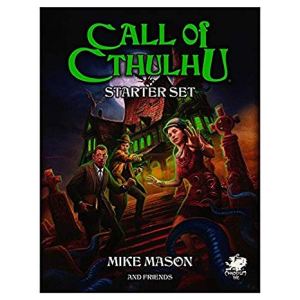 Sure let’s visit this spooky old house. What could possibly go wrong?

However we are not ones to rest on our laurels. You want more? We have a stellar line up for 2019!

For starters, we’ll be running two new scenarios from the upcoming Reign of Terror 2  as well as my 1920s Samoan scenario ‘Curse of Aforgomon’ at Arcanacon 2019 on 26 & 27 January here in Melbourne. The new 18th century scenarios are by Kelly Grant (Parisian investigators are sent to recover animals from a former aristo’s menagerie), and James Coquillat (a cold snap turns deadly, and then gets worse). So you can go mad in Revolutionary France or perish miserably in Samoa, you choose. Tip: avoid coconut palm groves! And Madame La Guillotine. And don’t get the two confused. 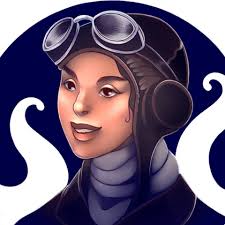 Crash landing in  a tropical paradise was only the start…

Mark has been invited to Poland in March 2019 as a special guest at CarcosaCon, a Call of Cthulhu convention in a genuine Polish castle. The Czocha Castle is located in Sucha village in Poland, and was nearly burned down in 1793, the same year as Reign of Terror…

One previous owner… how do you spell that again? D-R-A-C-U-L-A.

And we have even more Revolutionary Horror to come, with Reign of Terror 2 in the pipeline. This features our scenario, Love Eterne, in which our citizen investigators thwart an aristo’s attempt to flee Paris and find themselves facing a horror worse than even Madame La Guillotine, as well as the new scenarios from Kelly and James, and a longer scenario from Darren Watson about a most peculiar investigation.

What’s that you say? You want more? We continue working on our Cthulhu by Gaslight campaign, Curse of Seven, and I have contributed a scenario, ‘Market Forces’ to the new RuneQuest relaunch, so stay tuned!