We Can Hear the Train A Coming

Clouds of soot and steam are billowing through the tunnel and a whistle is wailing close at hand. Or is it a train whistle? Possibly it is the thin, monotonous piping of an unseen flute… Here are some reviews, previews and Kickstarters that have got us really excited! 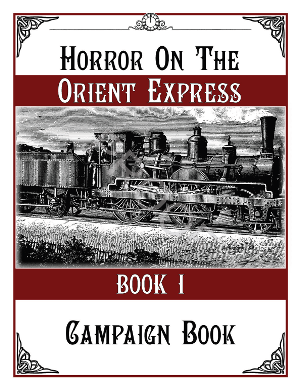 Alex from Die Hard Game Fan is a huge Call of Cthulhu fan, and he has compiled an exhaustive and detailed preview of all the books. It’s great to see him get all fired up over our remixed beast. He gets a couple of little details wrong here and there but you can’t deny the man’s enthusiasm. It’s great to see the new work getting so much attention. But, a warning for those contemplating playing the campaign: Alex tries to be spoiler-lite, but really, there are still plenty of spoilers. Players had best avoid his preview. 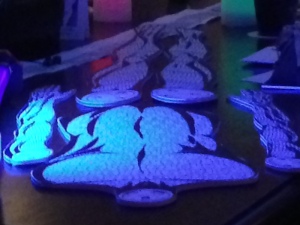 Once again the redoubtable Mr Shiny, aka Jeff Carey, is sending six foolhardy, I mean brave, investigators from London to Constantinople on a deluxe play through of the entire campaign. He has launched a Kickstarter to fund the game: Jeff will take up to six players (and up to 10 more as non-player characters towards the end of the campaign) on a longer journey, delving into some of the new horrors, I mean chapters, that were not yet available last year.

The main players will be able to develop their own characters for this epic event to be held from Saturday 8 August through Wednesday 13 August 2014 (immediately before the Gen Con game fair) in Indianapolis.
We visited Jeff’s game at GenCon 2013 and it was incredible. The props, atmosphere and dedication by all involved made this a memorable experience for the players. Indeed, their gaunt and horrified faces, not to mention the loss of several visible limbs, were the talk of GenCon. This year, it could be you! 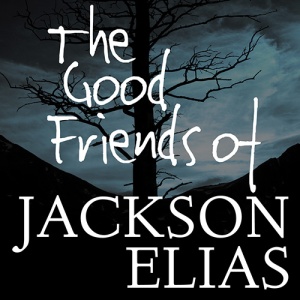 The Good Friends of Jackson Elias

Scott Dorward interviews Keeper Matt Nott and his players (including Paul Fricker, Call of Cthulhu 7th edition author) about playing through the new revised edition, using 7th edition rules. Matt’s investigators were one of two groups to playtest the entire campaign for us. There are many cool things that come up in their discussion which we wish we’d put in (who knew what other horrors lurked out on the Lido?) A great listen, but did we say SPOILERS? Oh my yes, for Keepers only this one!

Tales of the Crescent City 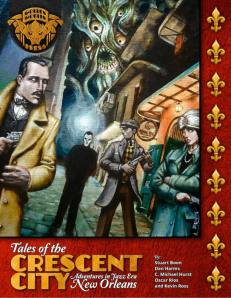 Tales of the Crescent City

Our good friend and fellow train scenario writer Oscar Rios is nearing the end of his second Kickstarter with Golden Goblin Press, a collection of scenarios set in 1920s New Orleans. What’s particularly exciting about this one is that our original Cthulhu co-conspirator Kevin A. Ross has not only fully revised his seminal scenario “Tell Me Have You Seen the Yellow Sign?” for this book, he’s also gone ahead and written a sequel. If you’ve ever seen that three-armed squiggly version of the Yellow Sign, yup, that was Kevin’s.

Here’s a great article from Cthulhu Reborn friend Dean Englehardt where he talks about making the props for Oscar’s new book. 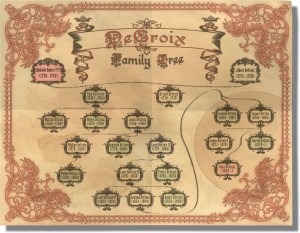 Meanwhile at Chaosium, Meghan keeps feeding the beast… every day the book gets better, and it will soon be off to the printer. Many thanks to all of the backers who took the extra time to send in corrections for us!