The Dreamlands Express II – The Bestiary of Dreams

When I was compiling the Dreamlands Express itinerary I thought about the fauna and flora of the Dreamlands and added it to the views from the train by way of local colour.

The fauna included Dreamlands fauna like magah birds, at least one animal of my own invention (from a dream in fact), and a smattering of real animals, mainly African. After all there are elephants and peacocks, yaks and zebras in the Dreamlands, so there must be a few other exotics tucked away. This had an unexpected side-effect. Just before Mark play-tested the Dreamlands Express scenario I found him leafing through the Dreamlands bestiary looking for quagga and okapi. I hadn’t realized it was possible to mistake these real world animals for dream beasts, but I guess their names do look kind of made up.

The okapi, a pleasingly defined “giraffid artiodactyl mammal”, is fortunately still with us:

What this okapi photograph doesn’t show you is that okapi tongues are so long  they can lick their own eyeballs  [Source: themagazine.ca August 2009]

The quagga, alas, is not.

A South African sub-species of zebra, it was hunted to extinction in the wild. The last quagga died in an Amsterdam zoo in 1883. I included the quagga in the Sona-Nyl description because one of the few things we now know about the quagga – the sound of its cry – was described in a poem. As Robert Silverberg notes dryly in The Dodo, The Auk and the Oryx, it is not a good poem, but it gives us today this one useful fact. I thought that any animal immortalized in poetry should have a chance to live on in Sona-Nyl, the Land of Fancy. The other important Dreamlands animal is of course the cat. Lovecraft loved cats and the Dreamlands was one of the few areas of his fancy where he could give this affection full play. I had great fun with a cat sub-plot on the Dreamlands Express, where cats have their own compartment and are treated as full passengers. If the dreamers ask about this, they are given reasons taken straight from Lovecraft’s DreamQuest and The Cats of Ulthar: For the cat is cryptic and close to strange things that men cannot see; for the Sphinx is his cousin and he speaks her language; but he is more ancient than the Sphinx and remembers that which she hath forgotten.

So in closing, here are some cats of Istanbul. Remember, they are looking out for you in their dreams.

Cat of Istanbul, ready to take a nap on a carpet 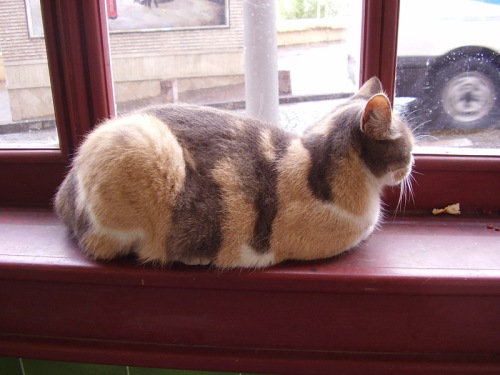 Cat of Istanbul enjoying a snooze on a windowsill 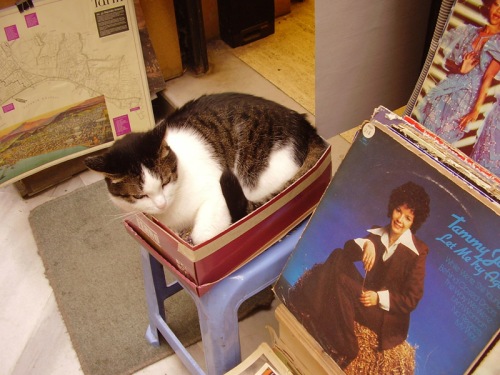 11 responses to “The Dreamlands Express II – The Bestiary of Dreams”