Revisiting Venice I – The City

So Mark’s play-testers have survived Venice, and are on to Trieste. As one player astutely observed, the real hero of the scenario was Venice herself.

I’ve re-visited Venice both in metaphor and in reality. I hadn’t been to the city when I wrote the scenario twenty odd-years ago. I had read John Julius Norwich’s A History of Venice, and I had always vowed to visit before I was thirty. I managed it, just.

Before I left my mother gave me a wonderful gift, picked up in a second hand bookshop, E.V. Lucas’s A Wanderer in Venice. E.V. Lucas wrote his guidebook to Venice in 1914. Aside from the Austrians no longer sunbathing  on the sands of the Lido, his lively tome is still an excellent guide. I could retrace his steps, see what he had seen, and count the winged lions along the canals at his side.

Lucas and Norwich generously gave me their Venice and their views still colour mine today. It was a city born of the printed word and pictured firmly in my imagination before I ever saw it in reality. And unlike most visions born in this way Venice was even more beautiful than I imagined.

Sixteen years later I re-visited Venice, this time with Mark. Venice is slowly sinking into its marsh. It had sunk several more centimetres by then, so at high tide St Mark’s Square was awash and the sea crept into the entry of the basilica. 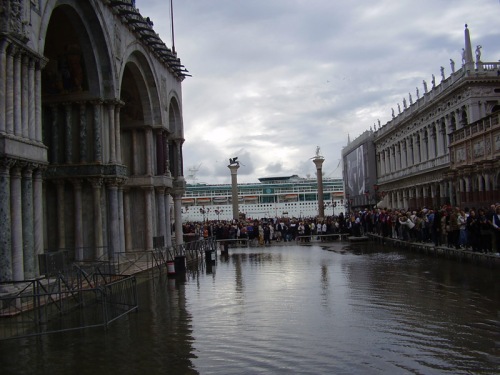 The city seemed to be losing the fight against two equally remorseless foes: salt water and tourists (of which I was one). Its beauty was all the more heartbreaking. The atmosphere of this city is unique. At night all is quiet and dark, with only the lights reflecting on the canal water. 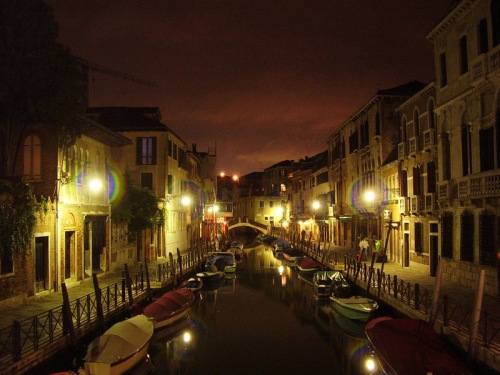 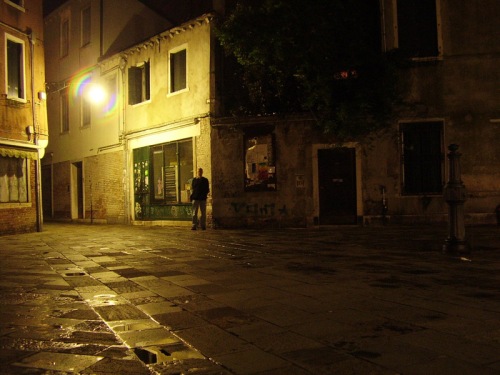 Who is that figure lurking in the Venetian darkness? Oh, it is only Mark.