We went to see an  Opera Australia production of Aida last week. I normally attend my operas with a friend as Mark has really only been interested when there’s a lot of blood and thunder involved. However he was so keen in Aida as a result of a certain chapter of the Horror on the Orient Express that I bought him a ticket.

The production didn’t disappoint, although it used far more back projection than would have been possible in the 1920s. Verdi’s music however was unchanged and played to perfection. When Diara Masaiera, as Aida, launched into Ritorna vincitor  “Return a conqueror”, Mark reported chills up and down his spine. We are delighted to report that Diara has studied at the Teatra alla Scala. She has trodden the very boards on which our scenes are set.

We did notice in the critical scene where Radames takes up the sacred arms in the temple of Vulcan he did not don his armor. Instead, he grasped an enormous ‘Final Fantasy 7’ style golden sword that descended from the ceiling, while everyone belted out that great chorus:  Su! del Nilo al sacro lido (“On! Niles the sacred river, guard our shores”).

Speaking of all things gold,  here’s an update on the Golden Goblin Press Kickstarter for Island of Ignorance, by our hard working and fiendishly talented Horror on the Orient Express co-writer, Oscar Rios. The project is already funded, and is now knocking over stretch goals. This will be a great book so step up and support this exciting new Cthulhu publisher. 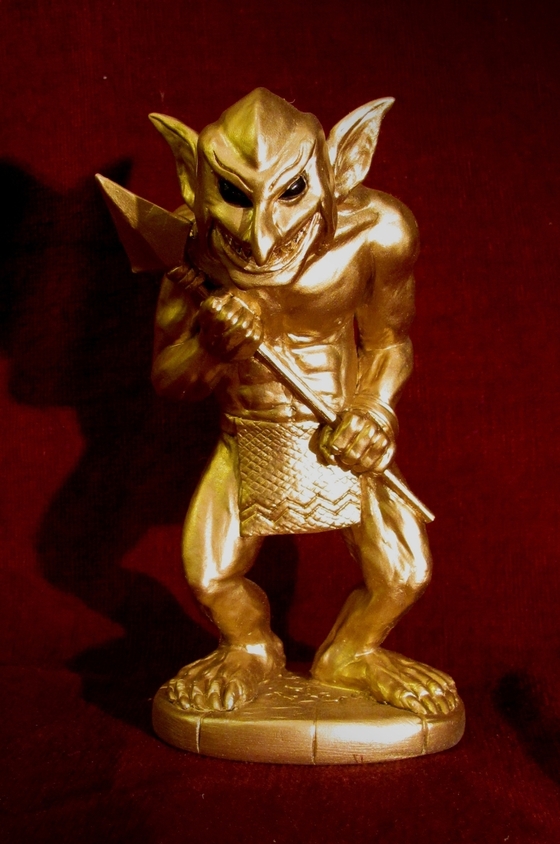